Researcher and teacher extraordinaire Dr. Mercedes Schneider is "picking on" Campbell Brown again and this time she leaves only the bones from the carcass of Brown's inevitably fatal attempts to boost the charter market for her benefactors. For more read Schneider's most recent expose reposted here: 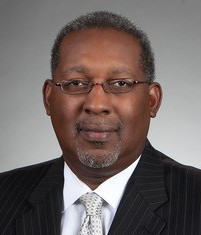 One of the major issues with charter school scandals in the US is that there is not sufficient oversight to stop the scandal before it becomes, well, a scandal.
Perhaps Brown’s gracious advocacy for the remaining 74 million (those not already shafted by Brown’s associates) could help.
And Campbell’s PR guy, Stefan Friedman, is right: The public will “see for themselves” whether reports on the proliferating charter school scandals make any beyond-cursory appearance on The Seventy Four.
It’s a challenge, Campbell. Will you swing your highly-publicized, for-the-children indignation in the direction of your native Louisiana?

Not as telegenic as Brown but still pretty good looking, Schneider is a southern Louisiana native, career teacher, trained researcher, and author of the ed reform whistle blower, A Chronicle of Echoes: Who’s Who In the Implosion of American Public Education.

She also has a second book, Common Core Dilemma: Who Owns Our Schools?, newly published on June 12, 2015.