January 11, 2015
In February 2011, George Noell and Beth Gleason presented the results of their Louisiana VAM pilot study to the Louisiana legislature.
A professor at Louisiana State University (LSU), Noell also held the title of executive director, Superintendent’s Delivery Unit, Strategic Research and Analysis, Louisiana Department of Education (LDOE), from 2008 to 2012.
Beth Gleason assisted Noell with the 2011 VAM pilot as an educational research analyst manager for the Louisiana Department of Education (LDOE). In April 2013 she left LDOE and now works for a nonprofit on Hawaii.
The explanations in the Noell-Gleason report did not match the tables of numbers on just how poorly VAM actually performed in reclassifying teachers into the state’s predetermined four “performance” categories given no change in teacher “performance.” I wrote about this in my December 2012 VAM Explanation for Legislators.
Wayne Free of the Louisiana Association of Educators (LAE) also addressed the inconsistency between Noell and Gleason’s words and their reported results:

Included in Free’s report is an appendixed email response dated May 10, 2012, from Noell to Free and copied to Gleason in which Noell confirms just how poorly VAM reclassified teachers in the 2011 pilot.
I have archived this email as a Word document. Read it here: Noell email 05-10-12
Noell is also on record in this video by Herb Bassett as saying that no decisions regarding teacher ineffectiveness should be made using a single year of VAM. In fact, in the video excerpt Bassett features of Noell’s February 2011 testimony before the Advisory Committee on Educator Evaluations, Noell states that three years of evaluations should be used to make decisions of teacher effectiveness.
Noell’s 2011 pilot study was not based on three years of student data. To date, neither Noell nor any other Louisiana VAM researcher has provided detailed data from a pilot study demonstrating VAM stability across three years of teacher data.
By September 2012, George Noell was no longer using his previous LDOE-associated, executive director title connected to work on VAM in Louisiana public schools. Noell had disappeared from the Louisiana public school VAM process.
In March 2013, LDOE produced this VAM report with no acknowledged author except the generic LDOE. In it, LDOE states that VAM is stable across several years– but the report does not include any data tables detailing VAM reclassification accuracy across multiple years.
Furthermore, if VAM truly is stable, such stability should also show across different classes of students for the same teacher within the same year. I know of no study to date (in Louisiana or elsewhere) that examines this.
But VAM is good! Just take the LDOE mystery researchers’ word for it.
As it happens, Gleason left LDOE the month following the release of the above report.
Moreover, the Noell-LDOE connection that was quiet in 2013 seemingly remained silent at least for most of 2014.
However, by 2015, George Noell has reemerged on the LDOE-VAM-promotion grid with this Power Point on behalf of LDOE to demonstrate that Louisiana VAM has improved.
In his Power Point, Noell offers an explanation of how VAM (ideally) works; of the care taken in deciding which students are included in a teacher’s VAM; of what variables are included in the prediction (such as prior student test scores); of who gets VAMed (teachers, principals, superintendents), including sample reports for these individuals; of some “strengths” and weaknesses of VAM, and of the history of VAM research in Louisiana.
No details on actual VAM data are included in the above Power Point. Fret not. Here is Noell’s “final” January 2015 VAM presentation for LDOE. It includes “evidence” of VAM classification stability– absent any documented evidence that the classifications can surely and solely be attributed to teacher control of their students’ VAM outcomes.
If teachers are to be graded on the test results of their students, it is on the heads of the “graders” to prove that their “grading” is sound.
No such proof from Noell or any other Louisiana VAMmer.
The holes in the January 2015 Noell VAM sell do not stop there.
Noell’s “final” January 2015 Power Point also includes 1) no link to a detailed research report; 2) no explanation regarding his using two years of teacher data in this presentation when he previously advocated that teacher effectiveness decisions should be made using three years of data; 3) no data tables reporting exact VAM reclassification rates by effectiveness category of 2012-13 teachers using 2013-14 data; 4) no external evidence establishing the “correctness” of either the initial, 2012-13 teacher classifications or the 2013-14 “follow up” classification, and, finally, 5) no VAM interpretation cautions regarding any of the criticisms in this paragraph.
In slide 11, Noell offers information regarding “no bias” in VAM classification for teachers of students with low or high prior achievement. Again, this test presumes that VAM works in the first place. This “no bias” test could just as well mean that VAM is faulty for teachers of both kinds of students.
The next slide, number 12, is several red flags waving. Noell compares distributions of 2012-13 and 2013-14 teachers who had 75 percent or more of their students rated at mastery or advanced to corresponding distributions of state averages. (For 2012-13, teacher ratings were based on VAM, and for 2013-14, teacher scores were based on a “VAM substitute” detailed here. Noell’s conclusion is that teachers of students with higher test scores are not being penalized with VAM (or the “VAM substitute”).
What I immediately notice in slide 12 is that all four distributions in this slide are almost exactly the same– and all four have approximately 10 percent of teachers are rated “ineffective” and 20 percent, as rated “highly effective”– a result that matches quotas set by LDOE.
Teachers are told that they are responsible for student outcomes; then, the results are forced to fit a certain distribution. What this situation unequivocally demonstrates is that cut scores can be set to create any distribution of teacher evaluation classification outcomes that the one controlling the cut scores wishes.
In all four distributions in Noell’s slide 12, the largest category is “effective: emerging.” This is true even for Noell’s group of teachers with at least 75 percent of students scoring mastery or advanced.
The public is told that American education is failing as evidenced by low test scores. The public is also told that low test scores are the fault of “ineffective” teachers.
The public is not told that teachers with high percentages of students with high test scores are still being rated as “ineffective” by design.
In 2012-13, 10 percent (and in 2013-14, 9 percent) of VAM/”VAM substitute” teachers with those high numbers of best-scoring students were rated as “ineffective.”
This defies sense and bespeaks a corrupted system.
My colleague Her Bassett offered this comment regarding Noell’s “75 percent or higher” slide 12:

Noell’s VAM sell has lots of problems.
Here’s yet another sense-defying issue, a crucial piece of information apparently ignored in VAM-worshiping circles: empirical evidence establishing the teacher as The One in control of VAM outcomes.
Not the cut scores already shown as ridiculous, mind you. Just the teacher’s VAM scores for the teacher’s own students.
So, I emailed Noell about that pivotal-yet-assumed component.
Here’s my email:

If VAM is used to hold teachers accountable for student learning, then VAM supporters like Noell must provide solid, empirical evidence to prove without doubt that for their VAM models, the only remaining influence in moving student scores is the teacher.
Furthermore, this cut-score nonsense needs to go. Louisiana Association of Principals agrees.
If and when I receive a response from Noell, I will post it. 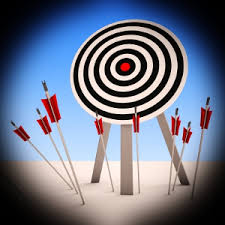 Schneider is a southern Louisiana native, career teacher, trained researcher, and author of the ed reform whistle blower, A Chronicle of Echoes: Who’s Who In the Implosion of American Public Education