Continuing to find conflicts of interest in John White's promotion of Eureka Math.
Excerpt From Dr. Schneider's blog - http://deutsch29.wordpress.com/2014/10/14/education-posts-selective-concern-with-belittling/
CCSS math “chair” Phil Daro admits that CCSS math has been written specifically to drive the math curriculum in (his preferred) direction “for building a new kind of instructional system.” It just so happens that Daro’s “new instructional system” is the one that has produced EngageNY/Eureka Math– a curriculum over which Daro had the last word.
CCSS drives curriculum.
Here is Dr. Schneider's previous blog on Eureka/EngageNY math:  (My research and repeated public testimony at BESE that John White's claims that LSU Cain Center created Eureka Math was a lie were not believed so I asked Dr. Schneider her opinion.  She published this definitive blog.

September 11, 2014
In Louisiana, there has been a bit of mystery surrounding the only math curriculum “selected” in March 2014 by the Louisiana Board of Elementary and Secondary Education (BESE) and the Louisiana Department of Education (LDOE) and promoted as
“LSU-developed Eureka Math.”
It sure sounds like… dare I write it… grass roots CCSS math development, huh?
Then comes the fine print.
LDOE’s “Louisiana Believes” website offers this overview of Eureka Math, which includes the following tiny wording regarding its funding and development:

Eureka Math is based on research and development made possible through a partnership with the New York State Education Department. The modules within Eureka Math are available online at engageny.org and commoncore.org
©2014 Common Core, Inc. All rights reserved.
Common Core, Inc., is a non-profit 501(c)3 organization that creates curriculum tools and promotes programs, policies, and initiatives at the local, state, and federal levels that provide students with challenging, rigorous instruction in the full range of liberal arts and sciences. Common Core was established in 2007 and is not affiliated with the Common Core State Standards.

So, where is LSU in all of this? According to this 2013 LDOE Common Core State Standards (CCSS) transitional summary, there is no mention of Common Core, Inc. (the Eureka Math copyright owner) and no mention of New York State/EngageNY:

Curriculum. The state will produce a Louisiana Curriculum Guidebook for English Language Arts and Math in grades Kindergarten through 12 that will include learning standards, a recommended sequence of skills to be taught, recommended units to present, and recommended materials to use in the classroom. The state will also recommend math curricula, including LSU-developed Eureka Math, along with English reading materials. [Emphasis added.]

Much better for business for Louisiana State Superintendent John White to pump up the “LSU-developed” angle and not the rest of the story– including Eureka Math’s connection to New York’s slice of federal Race to the Top (RTTT) funding and the copyright of Eureka Math by an organization that is DC-based, not Louisiana-based.
Commoncore.org offers this funding and development background on its Eureka math:

No mention of LSU’s role– because the LSU folk were just the hired workers.
They did not even have the final say in their contribution– CCSS lead math writer Phil Daro did. (More on Daro here, on page 11.)
Interestingly, I located a precisely-detailed account of Eureka Math development and ownership in this May 2013 memo for the Berkeley (California) Unified School District (BUSD).
Among the BUSD-noted Eureka Math history is the acknowledgment of Daro’s oversight. (Daro is also associated with the University of California at Berkeley Graduate School of Education.)
And now, the Un-John-White-washed story of Eureka Math, compliments of BUSD:

Program Description
The Developers
A Story of Units is the K-5 math curriculum designed by a group of math educators working with Common Core, Inc., a not-for-profit organization started in 2007 by Lynn Munsen with the goal of providing in-depth “core” materials to schools and districts. Common Core, Inc. won a bid to work with New York Regents who were charged with using Race-to-the-Top funds to implement the Common Core State Standards for Mathematics (CCSSM).The development of the curriculum was originally funded by New York under the “engageNY” umbrella, but Common Core, Inc. reserves the rights to the materials and is creating a less “New York” version of the curriculum under its newly formed “Eureka Math” group.The Eureka Math Story of Units curriculum (which is essentially the engageNY curriculum minus the references to New York’s Learning Standards) will be available to all states next year for purchase, with Josey-Bass Wiley publishing printed materials and Common Core, Inc. overseeing a web version. Because the curriculum has undergone extensive revisions in its development, the writers are not anticipating major changes between the engageNY version being implemented this year in New York (and offered for free to other users) and the final version that will come out in 2014-15….
The math educators writing the curriculum include Nell McAnelly, Co-director of the Cain Center for Scientific, Technological, Engineering and Mathematical Literacy at LSU, and Scott Baldridge, math education professorat LSU and Singapore math training expert. Dr. McAnelly is the Project Director for A Story of Units, and Dr. Baldridge is Lead Writer for all the “Story” curriculum, including the K-5 curriculum A Story of Units, the 6-8 curriculum A Story of Ratios and the 9-12 curriculum A Story of Functions. Other key writers for A Story of Units include Bill Davidson who is writing the fluency component and Ben McCarty who is writing the assessments. BUSD is working directly with Nell McAnelly to plan the Professional Development training for the district, Bill Davison to train a group of teacher leaders in the fluency practices of the curriculum, and Ben McCarty in understanding the assessment pieces and in creating ways to train teachers to develop formative assessments to augment the curriculum-embedded assessments. Because BUSD has built strong relationships with the key people overseeing the development of A Story of Units, we are in an optimal position to train our teachers and offer support during the 2013-14 school year and into the next. Finally, the Common Core, Inc. team is working directly with Phil Daro, one of the three writers of the Common Core Standards for Mathematics, in finalizing this curriculum, to ensure it accurately reflects the way math is developed in the standards. Dr. Daro’s insistence on precision hasrequired the writers to rewrite sections of the curriculum so that it more accurately teaches and assesses the mathematics of the Common Core. [Emphasis added.]

…we designed a new species of standards on which to build, as a platform for building a new kind of instructional system…. (23:25, first video).

In other words, Daro intended the CC math standards to drive the curriculum.
Those who insist that the “CCSS math” that just happens to be popping up all over the country and frustrating parents in states nationwide is actually curriculum divorced from a neutral CCSS need to reread my Daro citation above.
This shift in math curriculum is intended by the man accorded the title of CCSS math development chair.
That’s right. All of that unorthodox math that insists upon problem solving a certain way for a certain grade level despite a student’s arriving at a correct answer? That’s Phil Daro. (He discusses as much in minute four of the Q&A video included as part of a December 2012 presentation in the Mill Valley School District in California.)
There now. Eureka Math can make sense, if only for the moment. 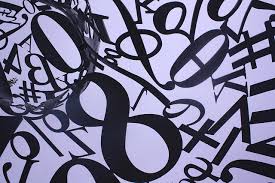 White's original plan was to offer a STATE curriculum for CCSS.  Fortunately for him, cries of fowl and federal intrusion into local school districts gave him an out.  Bolstered by a new state law (ACT 532) that guaranteed local district control over curriculum, White knew that districts would be clambering for assistance to put a curriculum together at the rapid pace required to meet the timeline for CCSS implementation and PARCC testing.

White's plan to "drive curriculum" was bolstered by his bogus instructional materials evaluation which he characterizes as Tier 1, Tier 2, and a Tier 3 quality.  (more info on this process in another blog) White conveniently offered only ONE approved curriculum for both math (Eureka) and English (Core Knowledge).  (more on the conflict of interest with Core Knowledge in another blog).

Not only did this "scare the sense" out of district administrators and drive them to what they believe is a safe place, White also made it EASY for curriculum administrators to simply slap EngageNY curriculum (in one way or another but mostly surreptitiously) onto their faculty Blackboards and websites and to wash their hands of personal responsibility for test results (and for true concern for the education of our children).

More on White's conflict of interest -

To further unduly influence the adoption of Eureka Math  and Core Knowledge (which are commercial products for sale) White is indoctrinating the state Teacher Leaders with webinars and meetings statewide teaching them to use these curricula AND NO OTHER.  Teacher Leaders are instructed to return to their districts and spread these unbalanced and inappropriate curricula like the Ebola Virus.  Hence he has also succeeded in creating division and turmoil in some districts.

I for one will not be bullied by this man.  When will our district leaders acknowledge they are being scammed?